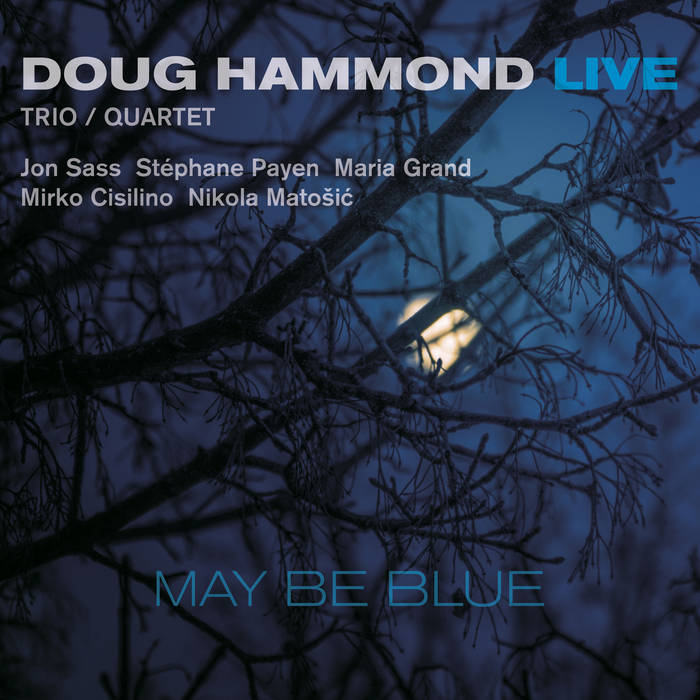 May Be Blue - composed in 1980, lyrics penned in 1983, celebrating two icons and innovators, Charlie Parker and Billie Holiday.
Groovin’ Up – From the “Three Sisters Suite” for my three daughters, Deneka, Marcia Rose and Vanessa. Composed in 2011 in the Czech Republic. A new, up-tempo, swinging composition in a long time. I like playing it a lot.
Dizzy Profile – When I was playing in Mingus’s Jazz Workshop band we performed this beautiful, sensitive ballad only about two or three times. It was a pleasing break from so much intense playing at times. But it also went into high gear and I believe this is why Mingus didn’t call it again. He was not so keen on having to say much while on the bandstand. However, I learned from him that when a song was not going well from the beginning, he would just stop the band and start over
or go to another piece. I thought this was for Dizzy Gillespie instead of Dizzy Reese. Inspiration came easy for the lyrics. I recall seeing a news clip where, after Dizzy had played, the commentator asked him, “What was that music you played?” He answered correctly, “That was ‘Bebop,’” the song title. Where in my lyrics is stated: “Turn around its meaning then” because many called the music Bebop. It is a good description, but could never cover the vast, unlimited ground this music has and will cover.
It’s Born – In 1977 I was given my first chance to earn a living in Germany touring with the Doug Hammond Trio. Pony Poindexter asked me to bring a rhythm section from New York to make a tour with him. Charles Eubanks, piano and John Loehrke bass and I on drums. Well, I got another offer with a Dutch flutist, Chris Hinze, to tour and do a radio/TV recording with the Hilversum Orchestra. So I asked John Betsch to do the job with Pony until I finished this lucrative job with Chris.
When I came to Heidelberg, Germany to hook up with them and do the few gigs left with Pony, Charles and John were overjoyed I had finally come. The quartet was billed so: Pony Poindexter and the Doug Hammond Trio. They had been off
for two weeks and being that it was billed my trio, they needed money. Well, of course I had to be responsible, even though I was angry with Pony for a few hours. Charles and John had been living over a club out of the kindness of the owner. So one day the owner asked me if we would play a few days so as to make a bit of money for us and the club. I was more than happy to do such and began to compose and select from music I had brought with me from New York. The concert was quite good and I was a bit surprised, but we were hungry to play and have some cash. Of course, I had made quite good playing with Chris.
Two ladies invited me to their table and said, “That is wonderful music the band played. Where do you go from here?” I said,
“Back to New York.” “Why don’t you tour with your trio?” My reply: “That would require a manager.” Uschi Spies said, “I will manage it.”
I said, “Get me ten jobs and the trio will come” and I gave her my telephone number. Four months later I got a phone call from Uschi, “I have 12 jobs for the trio.” This began my real career as a bandleader. Then, being Heidelberg was inspiring and I composed a piece, I could not think of a title and said, well, it’s born anyway, then OH! That’s the title, “It’s Born.”
Brother Ty’ – For my brother Tyrone, who was a great dancer and still plays a very good pool game. When he gets a little tipsy he is friendly and speaks in such a manner. Many in the neighborhood used to call him “Happy Jack” and when he is tipsy, he often brags and loses at pool.
Tidd’s Place – From “The International Suite.” While staying at Anthony Tidd’s place, doing a master class at Kimmel Center, Philadelphia with his students, who were well-prepared and enthusiastically engaged, I was working on this ballad. However, I had only a short space to breathe in, composing at the last minute because Tidd’s place gave me the most wonderful feeling to be in an African American neighborhood in Philadelphia. It felt like home as in Detroit, my home in the USA. It was the greatest feeling in a very long time. Anthony is the greatest host, organizer and coordinator that I know of today.
Leanin’ – A composition played with Steve Coleman and Muneer B. Fennell in 1980–81. I only had the possibility to play it again in 2013–15 with Stéphane Payen and Maria Grand because of the concept. It leans ...
To Roland – Roland Hanna was one of my biggest supporters of the trio with Steve and Muneer. He even tried to get Max Gordon of the Village Vanguard in New York to allow him to present my music with the trio and him as guest.
Max did not like the cello, so it was no go. Roland said the trio was the most interesting music which would force him to create in a way he had never had a possibility of before. The music inspired him in a way which opened completely new frontiers. This is what he actually said to me.
He also helped me to understand how to collect royalties from my music worldwide. It was Roland, Sam Rivers, Mingus, Clifford Jordan, Sonny Fortune, Kirk Lightsey and Leon Henderson who supported my efforts and urged me to continue the path I was on.
Vanessa’s Dance – For daughter Vanessa
Gatito – The name of my cat in New York City/Lower East Side
Singing Smiles – For daughter Marcia Rose

Bandcamp Daily  your guide to the world of Bandcamp